The final installment (for now?) of notes from dear Boris. If you feel lost refer to last week’s post, Along Came A Spider.

An Epiphany and a Toast

“Boris was a friend to so many and touched a number of lives in a variety of ways. He was always willing to lend a hand.”

Why is everybody crying?

“Boris enjoyed an eclectic assortment of music making it difficult for us to choose something appropriate to honor him. We finally settled on the obvious choice Boris the Spider, The Who.”

Oh clever, what a snore! Relieved they didn’t choose that overdone Itsy Bitsy, unbelievable! Why didn’t they invite that wretched Miss Muffet as well!

“But perhaps best of all, Boris will be remembered for his remarkable sense of humor, he was ever witty and sharp, if you hoped to keep up with his charms and avoid the occasional sting your reply would have to be swift. Dear sweet Boris, to say you will be missed hardly touches the surface of this ocean of great sorrow left in your wake. Farewell fond friend!”

I’m a ghost spider now, is that it? Well it is early April perhaps this is all an elaborate joke. Get one over on old Boring Boris, isn’t that right?

Boris continued to cycle through the stages of grief and finally came to a place of acceptance and great joy in fact. A new chapter began that day. Although this reinvention of self was involuntary, Boris found it to be remarkably refreshing. He cut his hair, moved near the sea, joined a garage band, and he finally found the courage to fall in love. He had only one request of his bride-to-be of their wedding, no hot beverages of any kind. He couldn’t say why only that they didn’t agree with him. And that’s how they decided on an open bar.

And now if you would all raise your glasses in a toast to the adorable couple.

5 replies to “With Love, Boris”

I make pictures and enjoy sharing them with you.

Join 1,149 other subscribers
Follow Square One Notes on WordPress.com

Thank you for visiting! All pictures posted on this website are taken by me except where otherwise noted. Please contact me for permission to use these images for personal, educational, and nonprofit purposes. 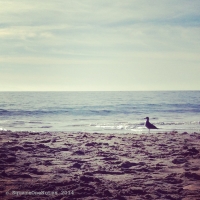 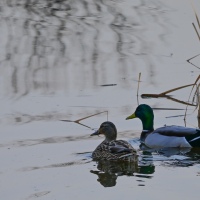